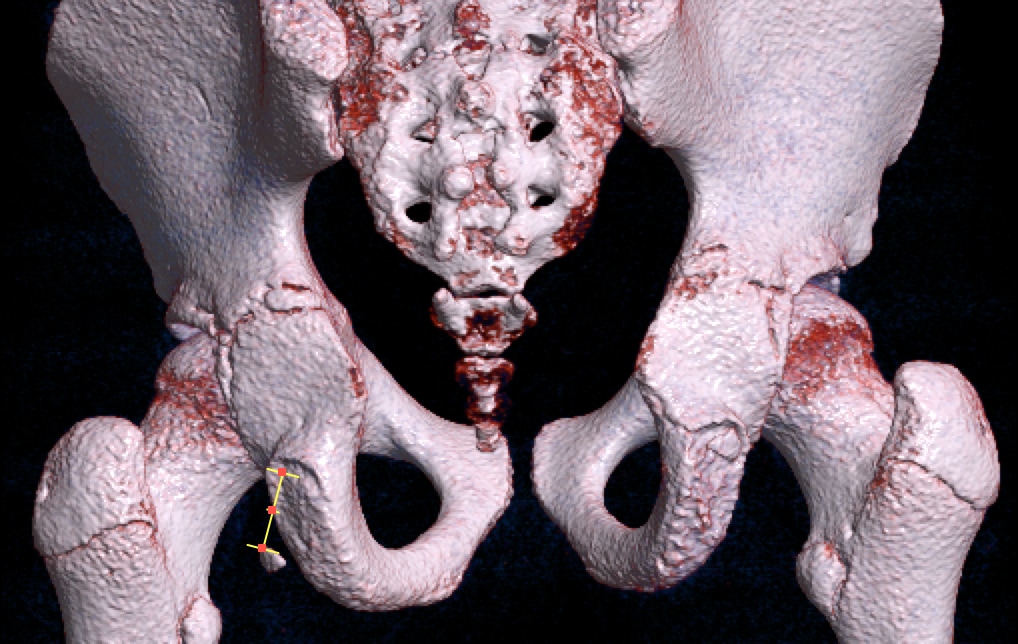 The majority of hamstring injuries are in the muscle, and the treatment is rest, anti-inflammatories & physiotherapy.

A small proportion involve pulling the hamstring tendons directly off the bone at the pelvis.  If only mildly displaced, they are treated again with rest, anti-inflammatories and physiotherapy. Gross displacement in athletes usually cause a permanent disability through poor strength and difficulty running. In adolescents, the situation is more complex as a bone fragment (ischial apophysis) pulls off, and often fails to heal.  This is the boney prominence one sits on, so not only is it difficult to run, but also uncomfortable to sit if it fails to heal.

Over the last two decades the distance acceptable has not really changed.. Servant in the British Journal of Sports Medicine in 1998 suggested 20mm was acceptable. Tikka, in the Journal of Paediatric Orthopedics recommended decision making based on degree of symptoms. Wootton, Cross & Holt, Sydney orthopaedic surgeons, recommended surgery based on Kaneyama suggested that if sciatic nerve symptoms are present, the treatment be more aggressive. In their large series of 228 cases by Schuett et al, 11% were of the ischium. Those that were >20mm displaced had 26x the rate of non union. They went on to say the only painful non union was only 6mm displaced, so perhaps non-union is not to be feared?

Our lads made it around the bay, the 250km circuit this year.  Weather forecasts were unpleasant, with winds of 50kph expected.  The wind was worse than that, the 100kph peak winds on the day correlated with our crossing from Queenscliff to Sorrento on the old-style open ferry. The 80kph gusts were somewhat frightening down the Mt Martha cutting into Frankston.